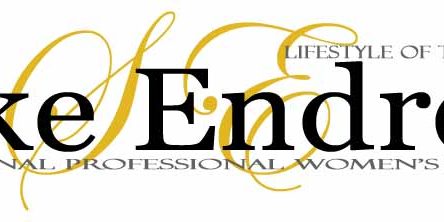 Where did it all begin?  The three singing sensations are native Washingtonians, living a reminiscent story right out of a Hollywood movie; young men singing on street corners throughout the 1960s and singing together in church.

Joe Coleman remembers meeting Joe Blunt at church for the first time as members of the Junior Choir, which was directed by his mom Rev. Effie Coleman and Joe’s Blunt’s mom Rev. Nan Brown. “We were seven or eight years old, my mom told me to get ready for choir rehearsal to which I said, ‘Mom, I’m not in the choir.’ Mom replied, ‘Oh, I didn’t tell you… you’re in the choir!’, he recalls.  Then, in 1967, Joe Blunt and Glenn Leonard, fresh out of D.C.’s McKinley Tech High School joined forces in a local vocal group.

Leonard, Coleman & Blunt with their faith rooted in God, each followed their individual dreams and was blessed to become lead vocalists in three separate legendary groups, The Temptations, The Platters and The Drifters.  This foundation starting the trio on the road to fame and fortune and collectively, Leonard, Coleman & Blunt’s groups have sold over 100 million records with dozens of #1 hits everyone in the audience can dance and sing along to.

Glenn Leonard and his sweet tenor voice joined Motown’s legendary Temptations, recording ten hit albums, touring the world, and singing lead on many of their 1970s and 1980’s R&B hits.  Joe Coleman joined the Platters for a two-decade stint as the group’s lead singer in addition to gaining a successful career as a songwriter, acclaimed theatrical composer, playwright, and astute businessman.  Joe Blunt performed and recorded with the Drifters for over a decade in venues all over the world alongside Ben E. King and Johnny Moore, earning a Lifetime Achievement Award from Sony Records.

Three veterans of the music industry, from three of the premier vocal groups of our time, have come together to form the ultimate vocal group experience, “Leonard, Coleman & Blunt”. The trio has a wealth of experience as a result of the many years they’ve spent traveling the globe, with their respective organizations, bringing first-class entertainment to the world stage.  Now, they have joined forces in one, powerful collaboration, to perform hits like, “Only You”, “Just My Imagination” and “Under the Boardwalk” and many of the songs, that we all know and love, that will take you back to a time when love was young and you could understand all of the words to the songs.

MetroStage, executive director Carolyn Griffin was delightfully in awe with the performance and asked the trio to return to MetroStage soon.  Washington, DC’s very own Nick Johnson of WPFW-FM, 89.3 was the event announcer.

A Night of Classic Hits by LCB at the Amp by Strathmore
October 17, 2019

Valentine’s Day Show – An Evening With Leonard, Coleman & Blunt on Feb 16
January 10, 2019
RECENT POSTS
Like us on Facebook